We’re the ultralight OG. For over two decades we’ve been shedding every possible gram while elevating performance, comfort, and durability. Our commitment, creativity, and grit drives our innovative pack, shelter, and trekking pole designs. We know that carrying less frees you to do more - more miles, more fun, and more awesome experiences. 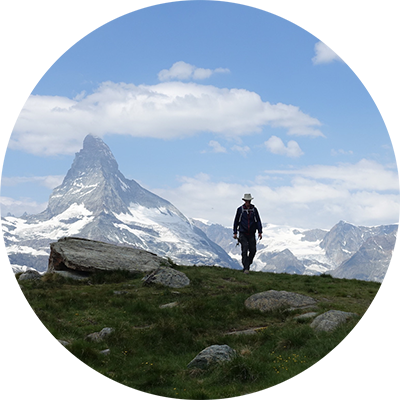 Glen Van Peski is a past Board member of the Pacific Crest Trail Association (PCTA), past Scoutmaster, and past Ultralight Backpacking Program Director for Wilderness Outings. He lives in Bend, Oregon with his wife of 38 years, Francie, and has three grown sons Brian, Derek and Grant. Glen has run ultramarathons, and loves getting outdoors on bikes, skis, kayak or SUP. He has hiked the majority of the California and Oregon sections of the Pacific Crest Trail, and continues to knock off chunks as time allows between other outdoor interests. Glen has wandered the backcountry in other parts of the Western United States, and on the Appalachian Trail, as well as in Europe and Japan. Glen serves as Chairman of the Board, and remains actively involved in product development, policy and vision, and of course product testing! 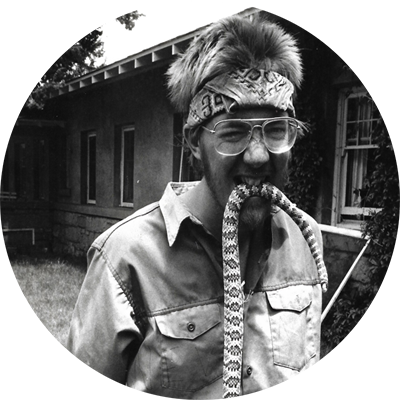 Grant Sible has been an avid outdoorsman since growing up in Iowa and Minnesota. He has lived and trekked all over the world before settling in Austin, Texas. Though growing up ‘in town’, he spent all his spare time in the woods, and his passion for outdoor places continues to this day. He has lived in Mammoth, San Francisco, Quito, North Carolina, and Florida, but has called Austin home since 1992.

Grant has hiked in Patagonia, the Alps, Peru, Bolivia, Ecuador, the upper Amazon cloud forest and the Amazon basin forest. He thru-hiked the Appalachian Trail in 2002, and has hiked extensively in the White Mountains and the western Sierra. In between his terra firma adventures, Grant has been scuba diving in New Guinea, Indonesia, Galapagos (3 times).

He has summitted diverse Ecuadorian peaks, including Cotopaxi at 19,400 feet. He has canoed the Boundary Waters in Minnesota, and on the Amazon River and tributaries. He has fished for piranha (which he said were quite tasty) and wrestled crocodiles (he let them go afterwards). 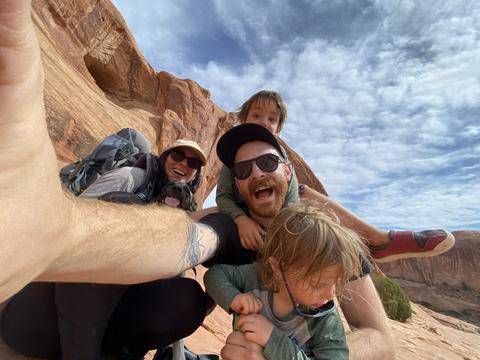 Hailing from the beautiful garden state, Jonathan aka Jersey grew up hiking on the AT. His background ranges from a Fortune 5 company to working on Sundance award winning documentary films. Working his way up from cutting polycryo 20 hours a week he was the perfect fit, bringing his Swiss army knife skillset to Gossamer Gear. 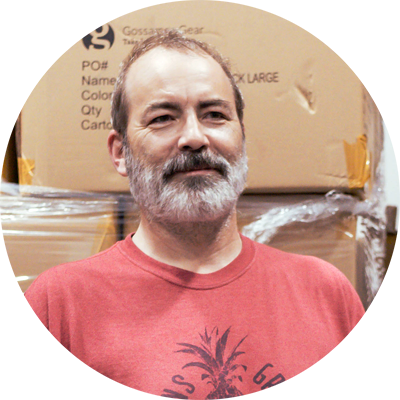 A man of many talents, and mystery. 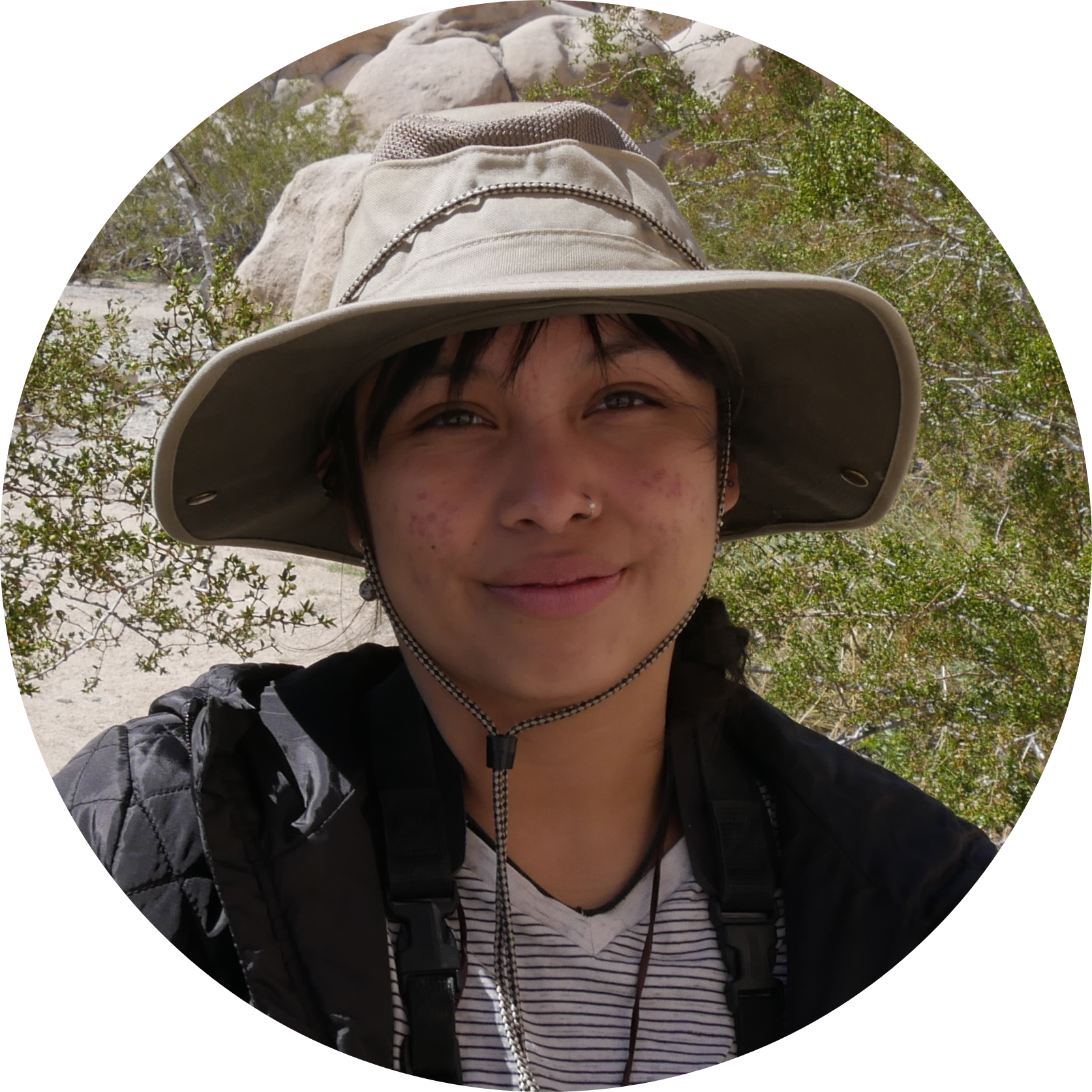 Sarah was born and raised in Texas and found her love of the outdoors through climbing the always beautiful, Texas limestone. She is a self-proclaimed Austin thru-hiker, trekking the urban greenbelt on numerous occasions, with various friends and dogs. Because of her passion for outdoor recreation, you will most likely spot her on the walls or on the trails. 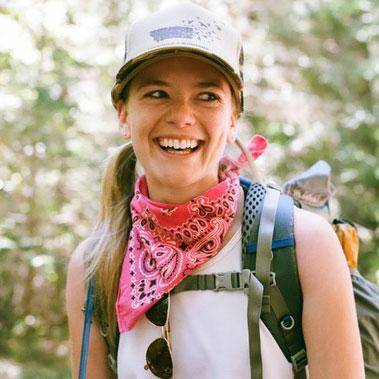 Korrin L. Bishop is a writer, Oregon Duck, and group hug enthusiast. She grew up amongst redwoods, has a deep love for Everglades adventures, and was once a Washington, D.C. local before fleeing for more open spaces. Korrin has written for the National Park Service, Sierra Magazine, Adventure Journal, and Misadventures Magazine, among others. 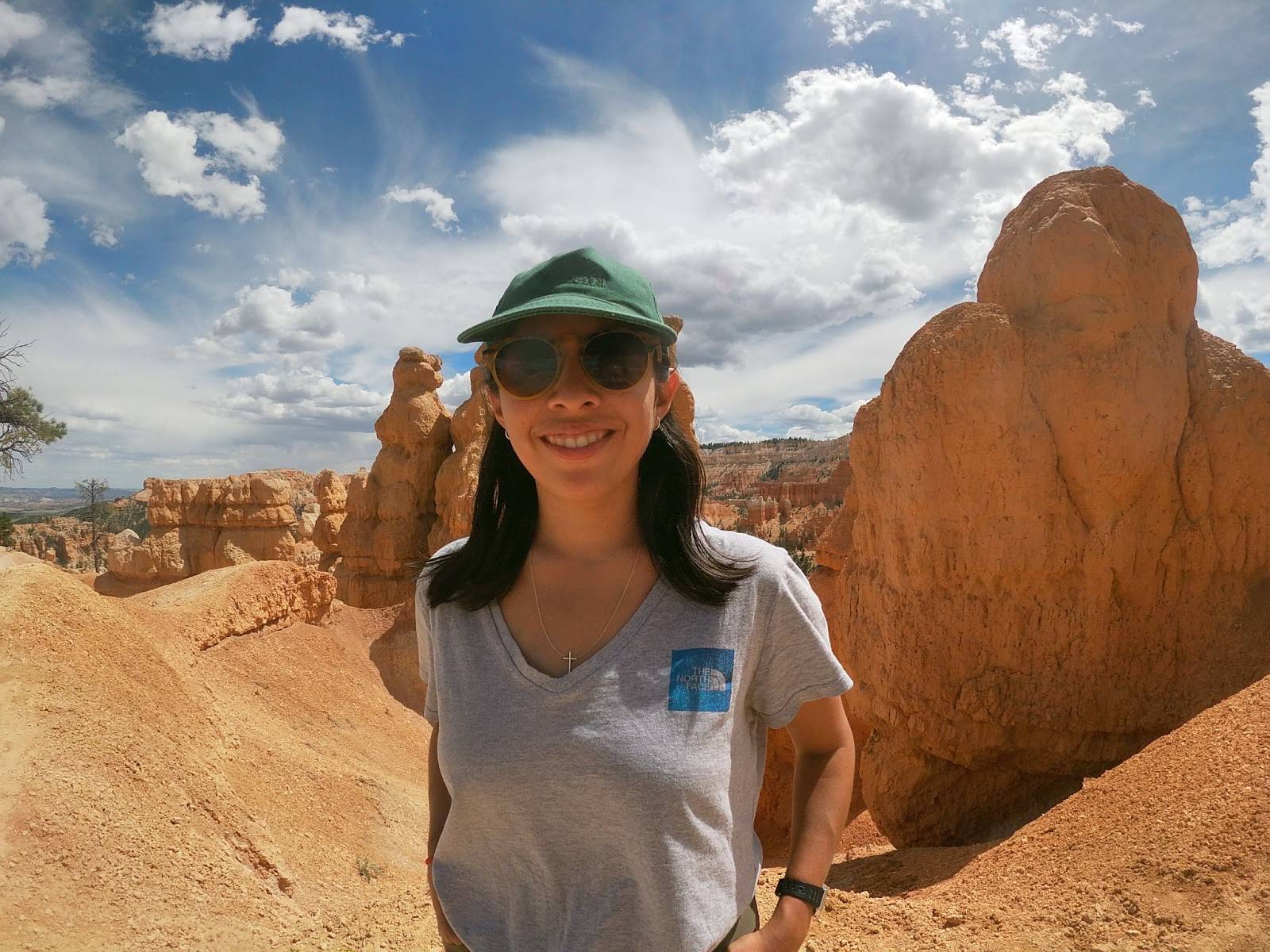 Gracie is a native Austinite that has worked in the outdoor industry since graduating from St. Edward’s University in 2015. Her love of the outdoors stems from all the time she spent on the water growing up. You most likely will find her biking through Walnut Creek, hiking through our numerous greenbelts, and fishing clearwater creeks in Texas and Idaho. 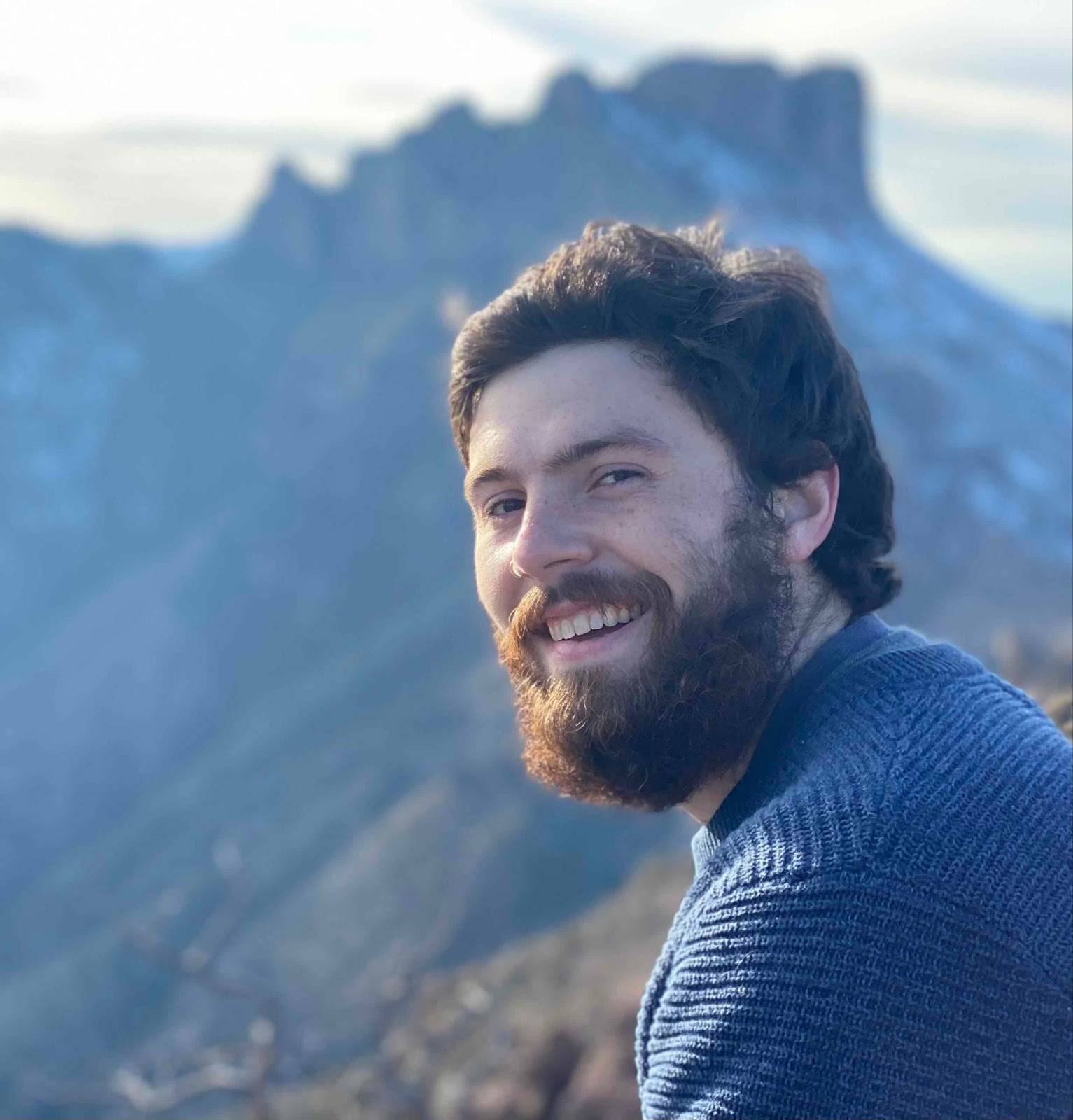 Tripp is a climber, adventurer, and a student. Born and raised in Texas, Tripp feels most at home baked by the sun on trail, but currently resides in Philadelphia as he pursues a Masters degree in History. When he is not answering emails or providing top notch customer service, he spends his time reading, climbing and exploring the Pennsylvania wilderness. 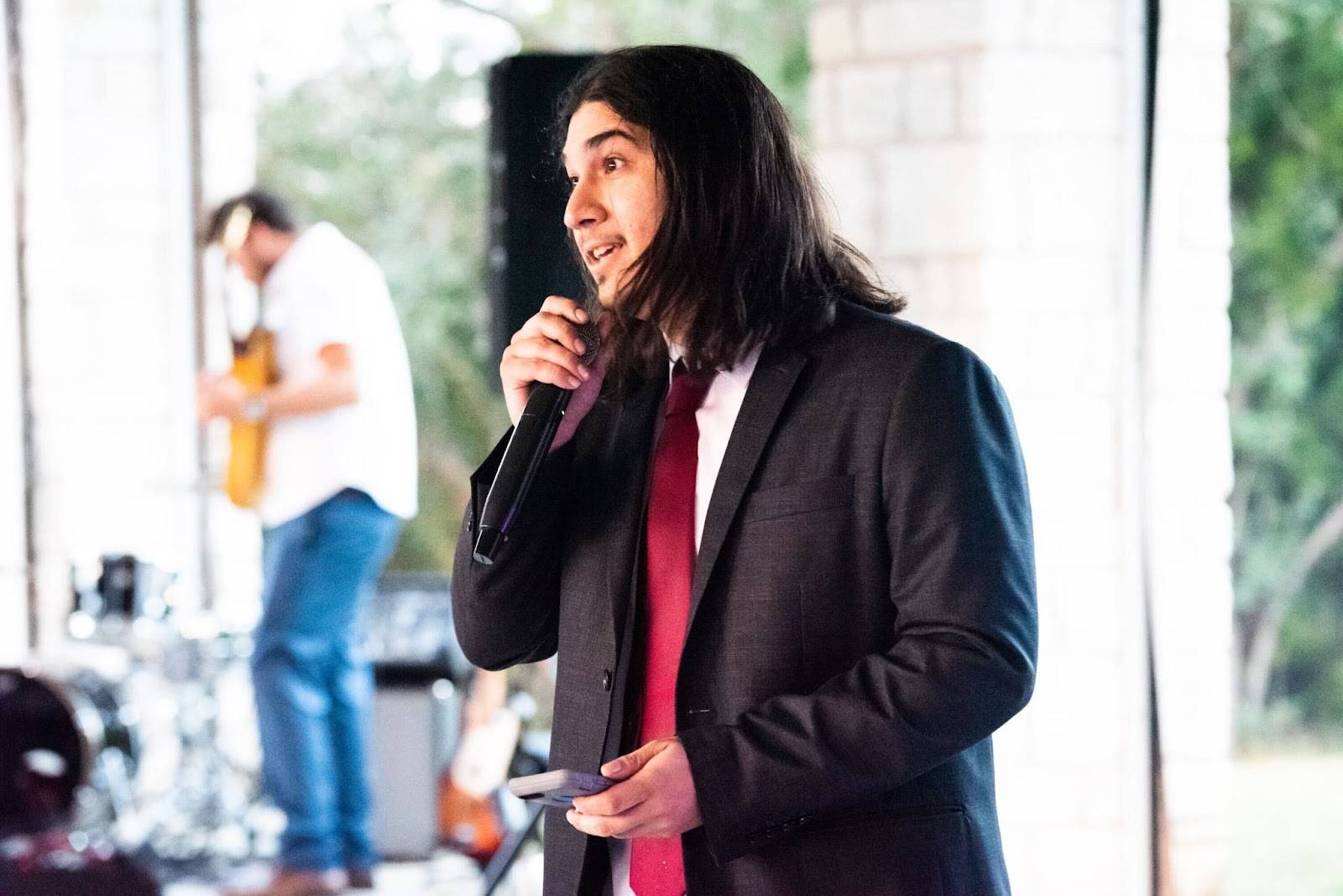 An OG Austinite with quick wit and humor.